I showed up at the March salon hoping that some of my good fortune from February would continue.

In the Race to Win

Last fall I printed black and white versions of several images from last summer’s bike race. This seemed like one of the better ones, so I decided it was finally time to submit it.

I’m glad I did, because it ended up in the awards with a 9 as a good sports shot. I don’t take many of those!

I’d planned to submit this image of a Moroccan village below moody, towering hills a few months ago, but at the last minute decided it needed a different crop and pulled it. Now that it was cropped the way I wanted it, it was time to enter it. 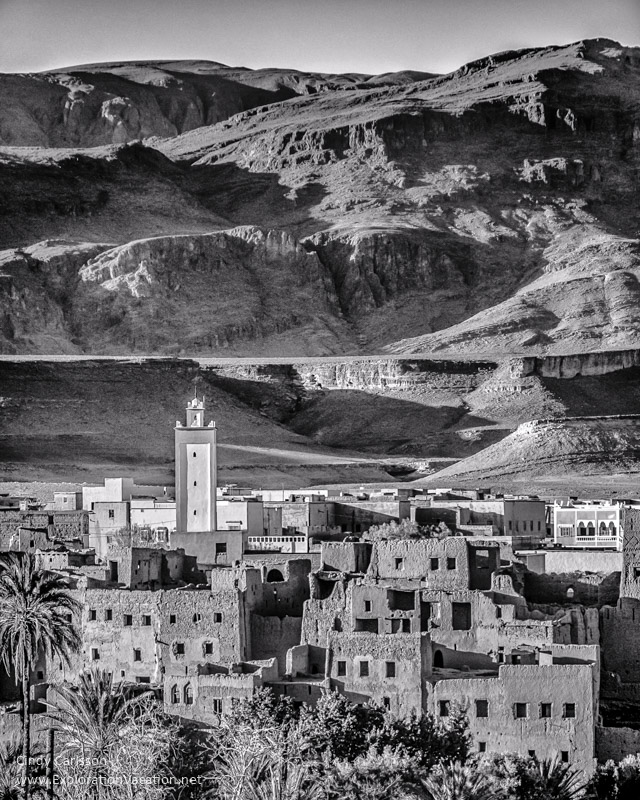 Then again, maybe not.

The judge hated the image and thought the entire mountain background should be cropped out along the ridge running through the middle of the image.

I get that the ridge visually cuts the image in half, but the mountains brooding over the town are the whole point of the image. Without them, it’s just another Moroccan village photo – and I have better examples of that.

This month’s digital competition was winter, which was defined simply as “Anything that depicts the season of winter.”

I’m not much of an outdoors person to begin with and that is especially true during the winter. But still, a fresh snowfall is beautiful and I was hoping to get out over the winter and get some shots for this competition.

That didn’t happen, so I ended up going through older images to try to find something I liked. Or rather, something I wasn’t totally embarrassed to enter. I wasn’t expecting to do very well, but hope springs eternal.

I thought something like frozen ice bubbles might stand out and have a better chance just because they are a little different. But I didn’t get a chance to shoot more ice bubbles this year (you need super cold weather and I missed it), so I went back to the ones I’ve shot previously. None were wonderful, but I thought a few were interesting enough to do ok. 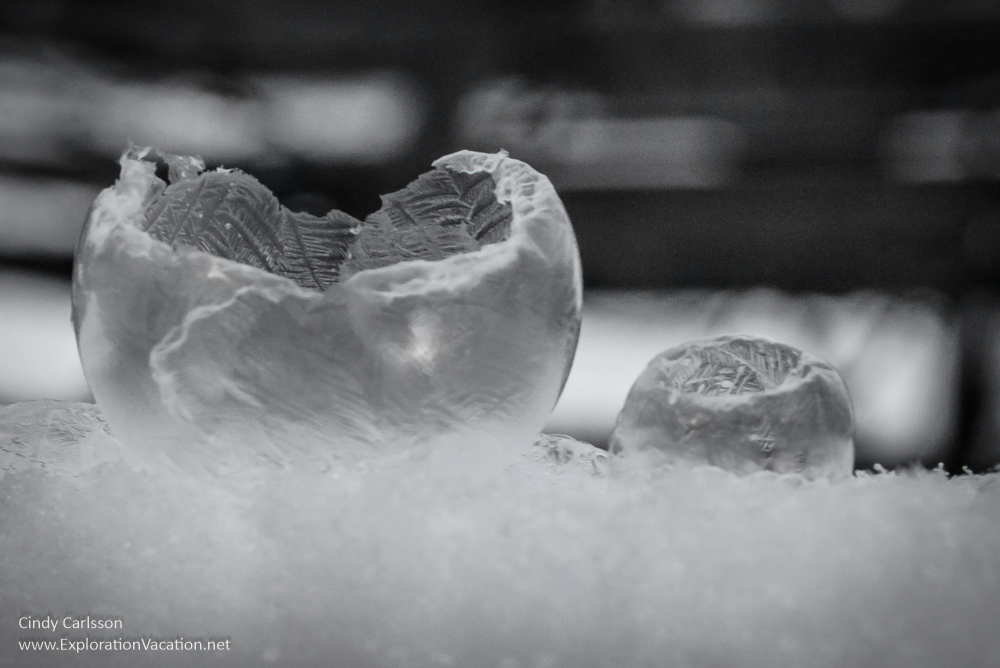 And I like the dark, sort of mysterious feel of the image.

Winter in the neighborhood

I hated everything else I had from winter. Well, that’s not exactly true. (I have a couple close-ups of ice that I like, but I didn’t think the judge would understand one of them and I’m saving the other one for a “water in all its forms” competition.) So, instead, I grabbed what seemed like one of the better shots from a snowy morning shoot I did in the neighborhood. I selected this one because I liked the colors and the way you can actually see the falling snow.

The judge thought it was boring and without focus, and I don’t totally disagree. However, I thought there were a few other boring photos that the judge fawned over.

Obviously there is a lot I do not understand.

Overall there seemed to be an unusually high number of mediocre pictures for this challenge, so I must not be the only one who finds winter photography difficult.

At the end of the night a friend who hasn’t done a lot of photography and hadn’t entered the salon told me:

“What I learned tonight is that it must be really hard to take good winter pictures.”