The Saint Paul Camera Club’s annual awards were presented at the beginning of June.

Like last year, I made sure to enter every competition. That helped me collect points (for which there are awards), but it also pushed me to try things even when I didn’t feel very inspired. I pretty much succeeded when it came to collecting points last year. But overall point totals say more about consistency – both in entering and quality – than absolute quality. You can end up with a lot of points if you regularly receive an 8 or 9 even if you never get a 10.

While I still wanted good point totals, this year I really, really wanted to have some of my images included in the end of the year “best of” awards.

I didn’t get very many tens during the year, so I went into the end of the year with those “best of” prizes looking pretty unlikely.

That’s not to say my photography didn’t improve over the year, but lots of other people’s did too. And, frankly, competition got harder throughout the year. Not only were existing members continuing to increase their skills and submitting the images to prove it, but the club grew a lot during the year and a number of those new members were already highly skilled photographers. Each month there were a lot of new names showing up with top scores. That is awesome, but it also means I have to really work if I am going to compete with them.

There was a point in May when I was one of the top point earners in all three categories (monochrome print, color print, and digital). However, a really lousy showing in May quickly put an end to that!

Despite having started in monochrome back in High School, I still don’t have a good sense of what it takes to create a strong monochrome image. Nor are my black and white and sepia digital printing skills what they should be. (Color is so much easier on my printer.)

I tied for 5th place for total points in the monochrome print competition.

Last year I came in 2nd, so I guess I lost ground this year!

Monochrome print(s) of the year

I got another 5th (without a tie this time), for Creation. 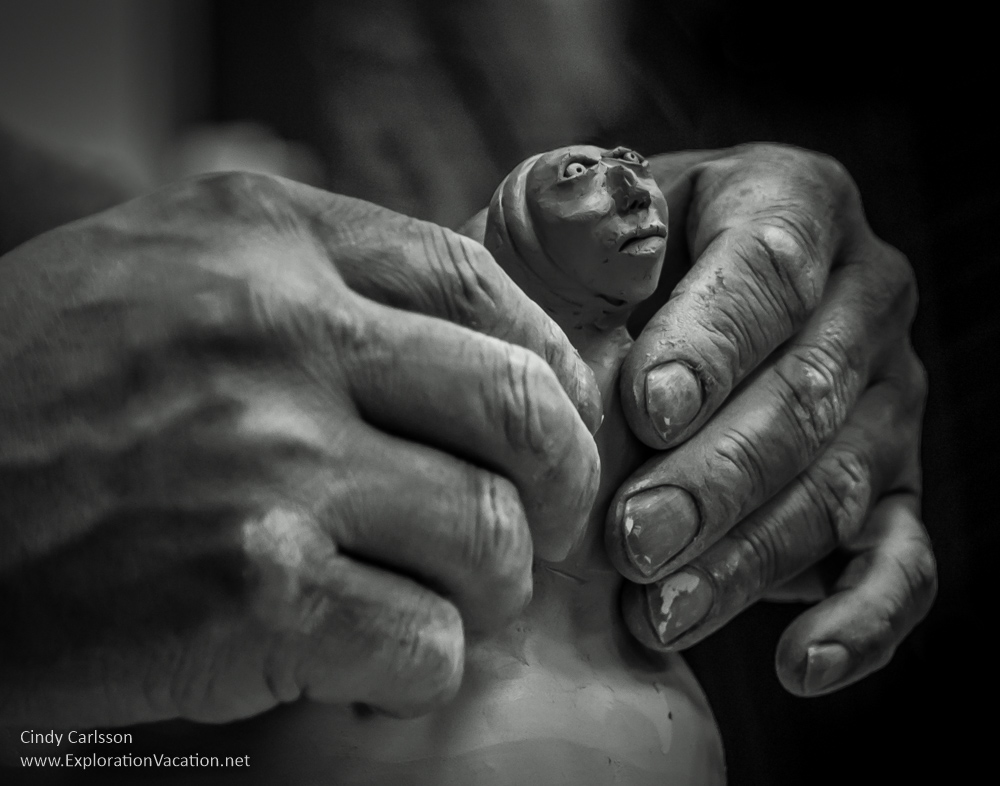 Last year none of my individual monochrome prints made the top five for print of the year, so this was a step in the right direction.

I love color printing and always have. That makes the color print competition my favorite.

I tied for 1st place for highest total points for color prints.

Last year I came in first by one point. So, in a sense I lost ground, but we saw some amazing prints this year, so I was really happy even with a tie.

Color print of the year

Last year I got a fifth in this category and I was hoping to do better this year. Instead I had nothing that made the cut this year.

However, I won a different award that made me feel waaaay better about losing in this category.

The Howard & Elsie Bahnemann Award for Best Traditional Print is selected from all award-winning color and monochrome prints submitted during the year.

I won this year for Inside an Ancient Palace, Morocco – the shot I took in the abandoned Glaoui Kasbah. 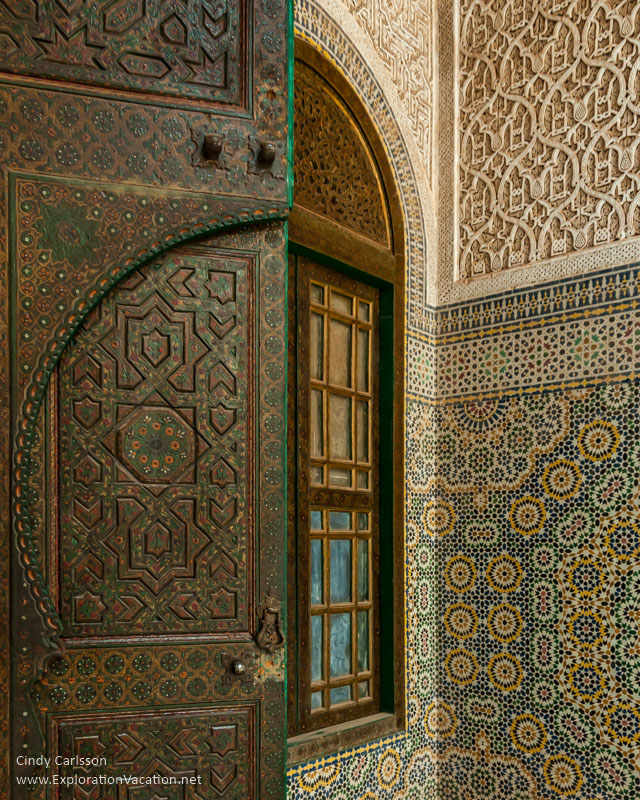 I was absolutely thrilled to get this award, since it sort of seems like the ultimate print award.

I wasn’t expecting this award at all, especially not for that print. I love it, but you might remember that back in November  the judge gave this one a 9 because he thought it should be brighter.

(I also entered this print in Spring Break and, while it got accepted, it didn’t get any awards there.)

I wasn’t planning to enter the digital competition every month this year. However, when winter came to an end and I was at the top of the score sheet, I figured I had better keep trying.

While I wasn’t able to hang onto that top spot, I end up in a tie for 3rd place.

That was a huge improvement over last year, when I didn’t make it into the top five at all.

Considering how much I hate most of the digital competitions AND the fact that I have trouble calibrating the brightness of my monitor, I was pretty shocked to do so well overall.

It remains to be seen whether that is enough incentive to get me to enter every digital competition next year. . .

Digital image of the year

I won the top spot for digital image of the year with Kamikaze Chaos. 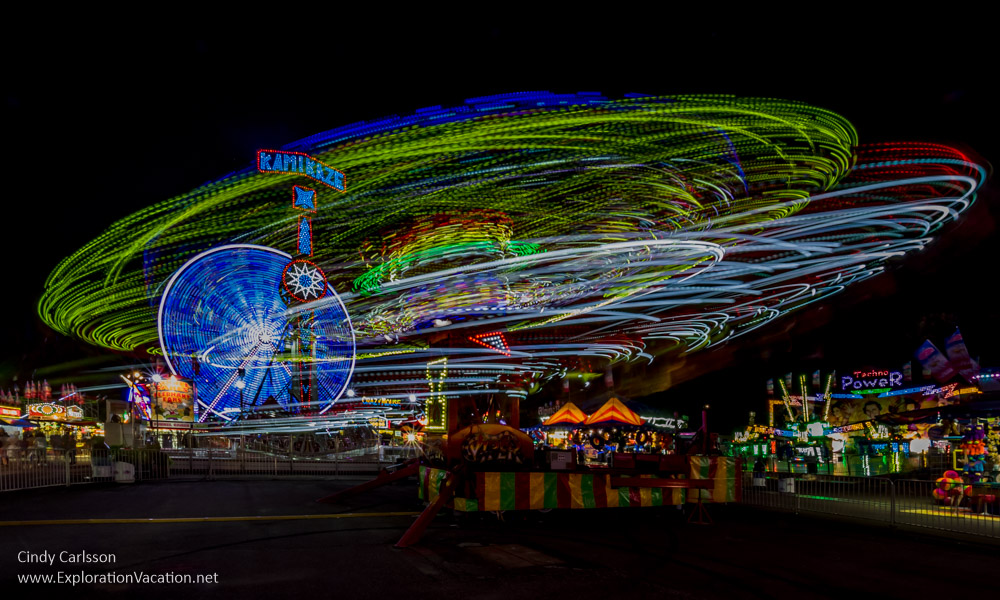 Needless to say, I was thrilled.

When I submitted it back in December, the judge couldn’t believe it was a single shot. But he liked it an gave it a 9. Later I submitted it in the Spring Break competition where it received an honorable mention.

I didn’t have any winners in this category last year.

You might recall from last year that there are two Julia Herl awards for the best animal image – one for a print and one for a digital.

Like last year, I made an effort to find animal images to enter during the year because I knew that any award winners would be in the running for one of the Julia Herl awards. But I don’t shoot a lot of animals (birds, yes, but birds don’t count for this), so I never have a lot to choose from. This year I only entered two animal images . . . but that was enough!

Julia Herl award for best digital image of an animal

I won this Julia Herl award for best digital image of an animal with Neighborhood Gossips, the moose picture I shot in Sweden. 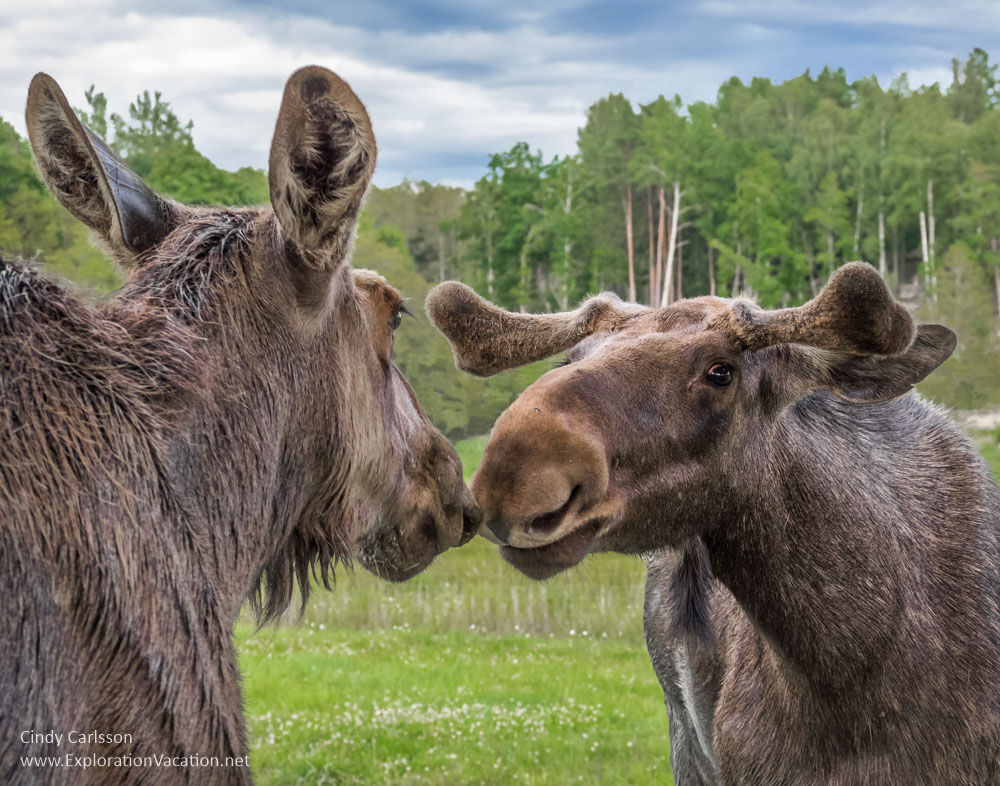 I also won this award last year for my picture of a cheetah family in Botswana.

This year I also won the Julia Herl print award for the Salt River horse picture I shot in Arizona this spring.

I submitted this print in the May salon as a last minute change in plans when I realized I hadn’t submitted any animal prints this year. (You can’t win if you don’t have an entry.)The salon judge gave it a 9, but said it would have been a 10 if I had cropped out the mountain.

That’s my usual difficulty with judges – I like context, most competition judges don’t.

However, the judge for the end of the year competition loved how the mountain and plants put the horses in a specific context. That was how I felt about the cropping. If you crop it down to just the horse, it could be anywhere. In this shot you know they aren’t in a paddock in Kentucky!

I probably should feel guilty about getting both Julia Herl awards, but I’m pretty jazzed about it. Since the award was first given in 1997, it appears there have only been three times when one person has gotten both awards in the same year, so that’s pretty cool.

I’ll have to ask some of the older members about Julia – it would be nice to know more about her and her photography.

Looking back, looking ahead

So I walked away with another pile of awards this year. Wow!

I was especially pleased to get awards for the best traditional print and best digital image.

I also thought it was totally cool to get both Julia Herl awards, although I’m not sure there were very many animal images to choose from this year. (They seem to go in cycles – there were lots last year, but almost none the year before.) But still, I only entered two images with animals!

We have amazingly talented people in our club and it is pretty incredible to be getting top awards in this crowd. I think it will be even harder next year, as most of our super-talented new members joined partway through the year. Next year they will have a full season to compete.

Like last year, I entered every competition during the year, even when I was short of time and didn’t have anything I really loved. I think I learn from that, but I don’t know how long that will remain a priority.

As it was this year, my goal for next year is to improve the quality of my images, not just rack up points. If that requires more time than I have, I’ll have to decide whether it’s time to start skipping some competitions in order to have better submissions for others.